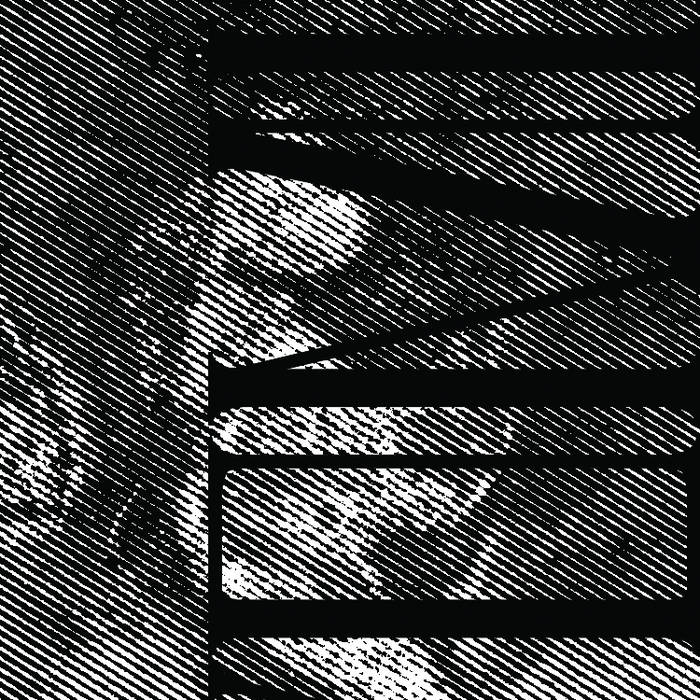 Here’s yet another Untitled release from Vomir-the French king of crusty ‘n’ crushing HNW. And the release comes in the form of a C30, which features one long track of battering, crude & unflinching walled noise per side of tape.
The tapes sleeve & tape are both pro-printed in black on white. The sleeves front cover features the projects name in large block text, and underneath this is what looks like enlarged news paper print of a picture of some sort, but it’s nothing identifiable so you just have enlarged layers of texture- which course is perfect for the dense & crude wall noise battering with-in.

Each of the two tracks here are also Untitled, and the first sides track is built around an urgent mixture of juddering crusty static, billowing low-end hacking, galloping static juddering & cluttering muffled mid-ranged noise textures. The track seems to rapidly snake around you in an battering, crude & crusty manner, as Vomir creates a truly unforgiving rush of walled noise. As always with vomir’s work the track here is fairly fixed, dense & totally unforgiving in its attack, though the textures do seem to shift from the front to the back along the ‘wall’s lifetime.

Flipping over to the second side, and this track is built around a deeply crude ‘n’ billowing low to mid end noise texture, a muffled static jittering, & an blown-out buried bass judder. This ‘wall’ feels a bit more open than the first sides track, yet it’s still damn crude & battering in it’s intent/ attack. The ‘walls’ tones seem to have a nicely cluttering & intensely abrasive feel to them, and it conjured up in my mind images of some truly hellish multi limb chopping, shred & grinding machine coming towards you down a dank ‘n’ bleak corridor.

So this C30 offers up another two effective slices of crude, battering & brutal enveloping wall craft from Vomir. I just wish he'd try & name more of his release, as this must be about the 40th Untitled release he's put out, and it starts to get very problematic indentify one release from another....but maybe that's the point..