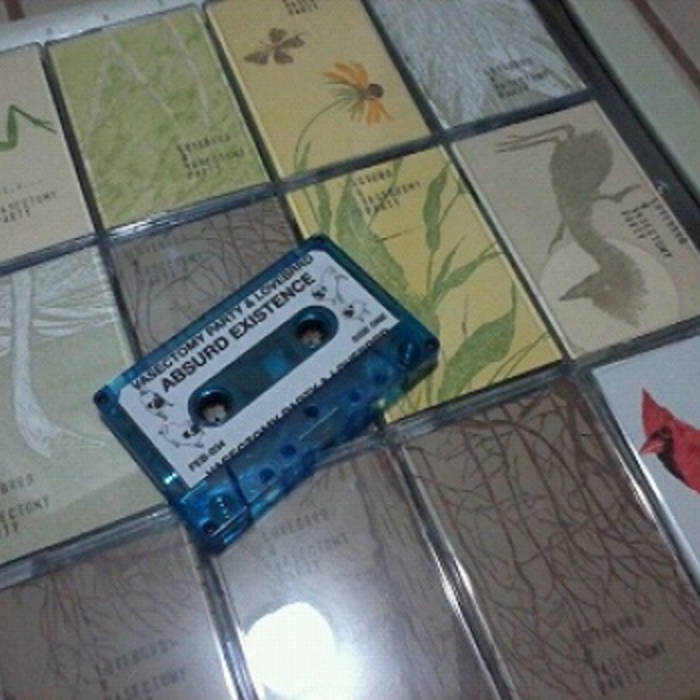 Patrick McBratney (Lovebrrd) came over to jam one afternoon with intention of making some power-violence/noise cross-over recordings. What we created sounds absolutely nothing like what we had intended. Instead we present some free form synth jams, with some static crunch, field recordings, bell rings, and whatever else we had at our disposal.

Originally released as a download release, I decided to make some tapes because I was pretty happy with how it turned out.

Bass! Bass! Bass! Bass? From a simple jam including Patrick McBratney (Lovebrrd) intending to make power-violence/noise cross-over recordings, this album turned out to include free form synth jams, static crunch, field recordings, bell rings, and whatever else they had at their disposal.
So well grounded are the lowers tones in this album it is unreal. The absolute pounding of the machines at work really blow the mind and loosen the bowel. Track one, entitled “Untitled I”, bangs out this gutteral bass energy, that is no distorted but incredibly hard hitting and real. The speakers don’t understand what is happening so I have to change to headphones. Any raise in sound to the mids or the highs is blasphemy as we are beating the gut of the wench, for submissions sake. Track two, “Untitled II”, is slightly different in its intent, yeah its noisy but there is a real feel of the room it was recorded in, such large background ambience allows you entry in the room, all by just closing your eyes and relaxing. Relaxing? Its hard to do with this peice, duly because there are many variations on display. This track is increasingly noise and only held back from being harsh by the walls of the setting. Track three, “Untitled III’, begins minimal and sweeps up and down the occilitating factory of frequencies on offer in the power play for actual sound domination. The track rises and falls, a health rise, clear crisp and friendly, but on the third or fourth fall we hit rock bottom and the sincere pulse of the underground rises up through the lifestyles. Track four, “Untitled IV”, I do beleive contains some vocals….I am probably wrong but this track hits the mark with its intent from the off, great way to finish asn album too, really does not let up in its scrape and grind, before falling into a soft relapse of silence.