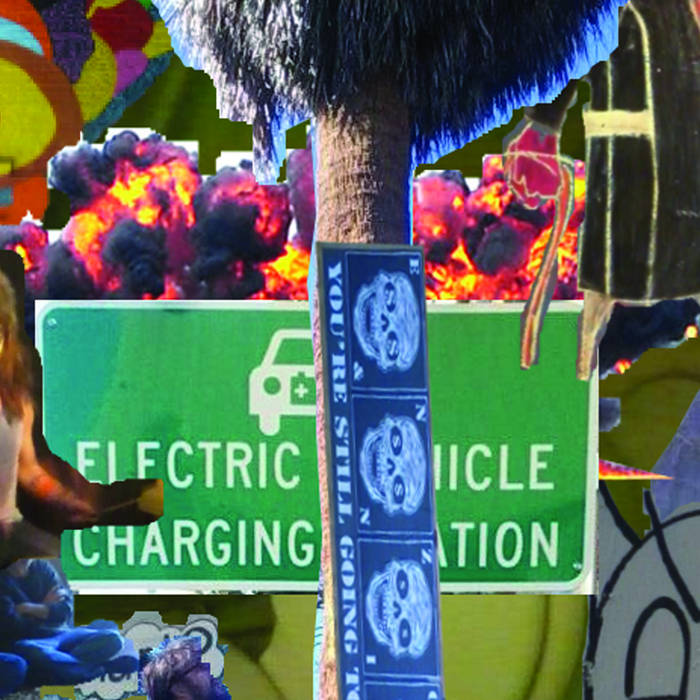 I had the pleasure of meeting Subversive Intentions (Nick "Sourdough" Dentico) and his partner Stephanie Boucher on their recent tour through the east coast. They produce folk noise utilizing contact mics, kitchen utensils, a violin bow, ukulele, and other odds and ends. These 5 tracks were recorded during their travels. I'm really proud to be involved with this release of some of the nicest folks you'll ever cross paths with. Limited to 25 pieces.

Subversive Intentions is the brainchild of Brunswick, Maine-originating, but otherwise roaming Nick Dentico, and features partner Stephanie Boucher on the project’s first live album, You Can’t Win. According to the album description by releasing label Forever Escaping Boredom, You Can’t Win is a collection of “folk noise utilizing contact mics, kitchen utensils, a violin bow, ukulele, and other odds and ends.” Although one could easily entertain themselves for hours trying to pick apart the different sounds on this album, such focus on minutia takes away from the synergistic experience Subversive Intentions conjures. By taking this eclectic instrumentation and running it through a series of echo and loop effects, Nick and Stephanie have come up with a rather unique and often beautiful take on noise, a genre that is becoming increasingly known for parroting more famous acts and recycling the same ideas from piece to piece, project to project. On the track “Ab Etterb Ooks Helf,” for example, a ukulele strum is echoed throughout the piece, while bright, shimmering metallic sounds loop back around in a soothing repetition, accompanied by samples of dialog and other noises that drift in and out. The overall effect brings to mind the swirling ambient rituals of Lustmord without the oppressive heaviness, instead embodying a tone that is both uplifting and disturbing.

Living up to the project’s namesake, Subversive Intentions is subversive in that it takes the potentially abrasive and, through repetition and layering, arranges it in a cohesive and pleasant structure: a sort of joyous and playful chamber noise. Even on “Toomanyfuckingsubways,” You Can’t Win’s most aggressive track, which begins with heavy metallic banging, is soon soothed with the addition of the ukulele, some slight pulsing feedback, and other elements that turn the material into an Einstürzende Neubauten-light jam. At the music’s very essence, every track on the album is essentially a crescendo, and despite tracks like the most recently mentioned, which drastically changes its direction halfway through, the main structure involves simple loops that are then built off of with even more loops, creating the image of traditional bang-and-clank industrial performed by artists with a gauzy shoegaze mindset. It is this warm pleasant sensibility that makes You Can’t Win such an exciting, engaging, and unique album, which can appeal to both noise connoisseurs as a different perspective in the genre and novices that could use the album’s impressive textures as a gateway to the wider world that is noise music.