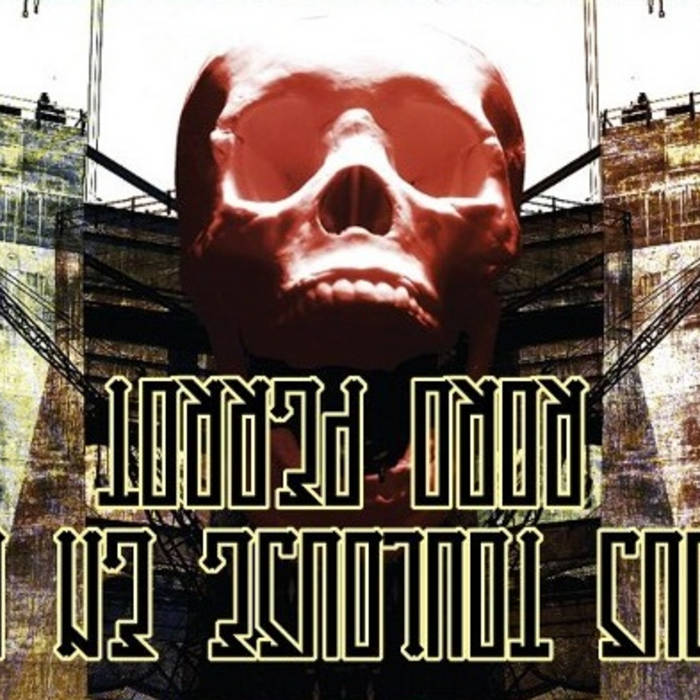 SSTER are one of Florida's best kept secrets. Their track is a 15 minute dense slab of musique concrete crafted from multiple microcassette recordings taken at the mall on the holiest of holy days....Black Friday.

This is hell, here is your soundtrack.

The split opens with Su Sous Toulouse en Rouge​ doing what they have to do, basically fucking your head into a pulp and serving it to the dog. This track is the true aural sense of hell, dont let this thing get too loud it will drag you in. Imagine the swirl of nothingness, there isnt a lot of harsh noise here but the concept of the end. End times that it, wailing women roll against the wall, Hieronymus Bosch wants to borrow some sugar but your cum will suffice. The painting goes on like this for hours, hours in hell, paradise lost, never regained, Milton has just been cured of his gout, this album melting across his cortex. The arcs of ghostly apparitions this album produces is the only way to the underworld. Light the candles, say what you have to say six times in the mirror and wait for Mary to appear….or Candyman?

After reading the liner notes it appears that the samples are from a day at the mall. Hell truly!

Roro Perrot, AKA VOMIR, provides the jaunt home, the mashed guitar, or violin, or whatever stringed instrument is seguing in and out of consciousness is the soundtrack on the gypsy’s wagon from the underworld. I imagine this being played by the CIA in one of their interrogations, a prep before a water boarding. The track stops, the track starts, its all very unnerving, listening to this at night was not a good idea…..really not a good idea. The guitar strums on, detuned, unearthed from some burning hippy commune, Charles Manson wants his G back.

Overall a real horrorshow of a peice. Unending madness from start to finish……..well done!