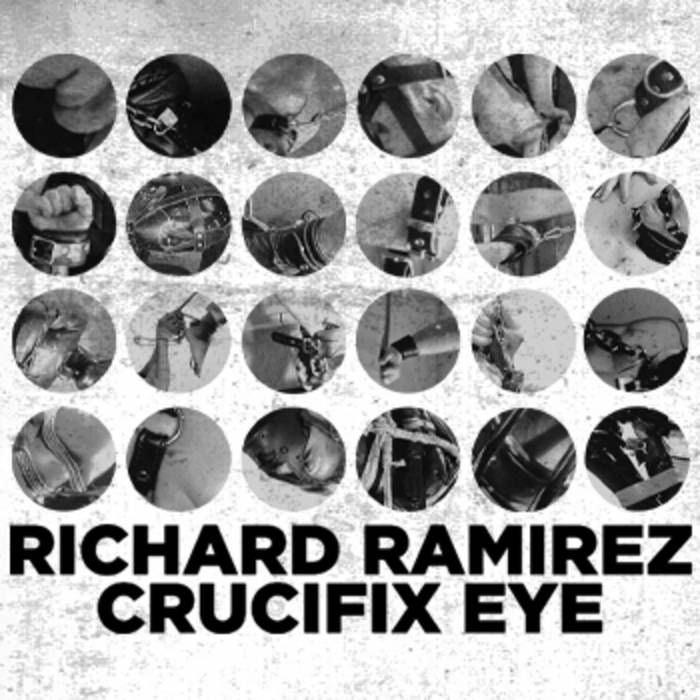 This split cassette starts with the track by Richard Ramirez called ‘Dirty Hole’. At first a lot of rumbling, probably preparations for the set, almost let you feel the tension of beginning a performance. Puttin all your gear in place an going ‘testing, 1, 2, testing’. After that the noise kicks in. Pure hard wall of noise swallows you like a wave. After being almost out of breath you reach the surface of the sea only to hear other waves coming right at you. Hard, harsh, squeeling waves of sounds. Ranging from low to earbleading high. Statics, rumbles, blasts, everything to give a noisehead a really good appetite for destruction.

On the other side of this split, Curifix Eye starts its track ‘Scroll’ with a pure midrange wall of statisism. A bit more gentle than the former track. The sea has definetly clamed down a bit here. The track can be explaned the best as being washed up on the shore and hearing the droning noise of a continues wave pounding on your head. Really subtle changes in this track make it worth to listen too.

Overall these two tracks a really diverse, but complement each other just perfectly. I read that there where only 3 cassettes left, so hurry up for a nice day at the beach. And remember: ‘Don’t feed the sharks’.