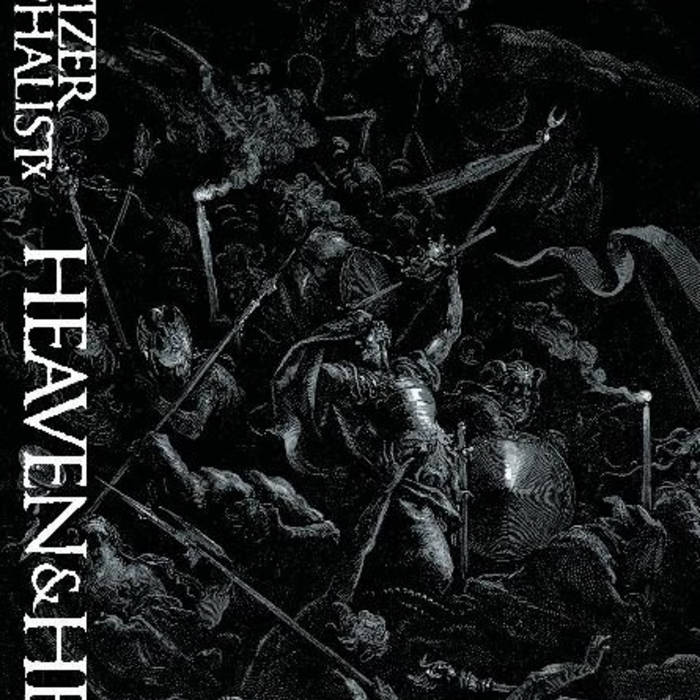 In general there are too many fans of noise using the human voice: voice, screaming, spoken word, etc.. So first of all we must say that this album is not overly convinced us. Two of the projects that we liked it: Nephalist a new idea coming from USA and mix noise and principles Straight Edge (total refuses: drugs, alcohol and being a vegetarian). His style is relatively moderate, loud but clear mind walking speed, without saturating the sound and look pretty clear. Reminiscent of other music projects and ideas as Brandkommando, Maaaa, Tydish, Halal Nihil, Strangled Cop, Peter Woods, etc.. Too bad we only have a track featured in this edition of 6 minutes, would have been much better at least three tracks on this line, hopefully soon releases a much more extensive. Nephalist are certainly not recommended for those who are looking for extreme harsh noise, but other forms of noise that does not fall into saturation.

Baptizar remain what we call "noise screamo" sound but rather brutal Nephalist and, instead of being straight edge, this is a project of Christian philosophy: belief in God, not violence, pacifism, helping others to change nothing, and so on. we are not believers but much respect for their innate belief that good intentions. Baptizar we have three tracks more aggressive musically but quite interesting if you like that style. Both projects demonstrate once again that music can be absolutely brutal noise and make jokes about the Holocaust, child pornography and animal torture. Good job by both.