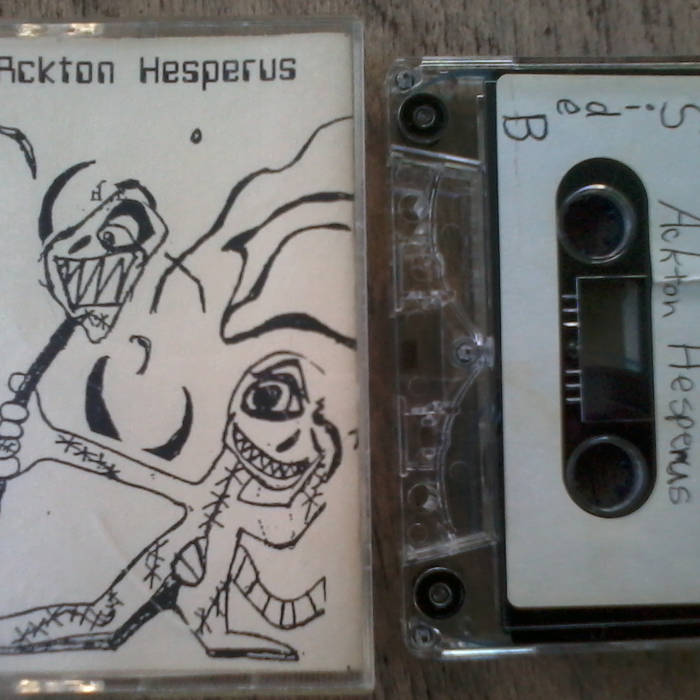 Originally released in 1996 as a c30 on Space Cadet Records. Ackton.Hesperus. is one John M. Liner. The whole album is created with cassette manipulation, but gets pretty harsh at times. The first "noise" album I ever listened to. I bumped up the volume a bit and made some minor clean ups, but left the album largely untouched. I'm very proud to present this important reissue, which made a large impact on my musical vocabulary.

Within the divinity of my noise exploration journey I had come across Boredom Records before, certainly an itch that I could not bear to scratch was ached at the nape of my skull. Raven! Raven had released a lathe with them! So that was cool, very fucking cool. Hal Harmon contacted me and this is the first of three releases to review from the label, I am guessing this has bounced off the recent Lovebrrd review and that all fucking good brother.

On first look I was a little unimpressed with the packaging but I was like ok, lets get this one rolling. Let me inform your clearly on this matter, at no point in side A will you be unimpressed, the manipulations are amazing. Tape decks across the room are firing off in every direction, we are harsh, we are soft, we are exposed to African documentary samples, we a thrown this way and that. Its a truly remarkable first side to any project. But its smart, real fucking smart.
Side B begins with the whip of a white slave in a future penal colony, should not have touched the dial boy! And it continues so, I am now a little pissed off that this reissue from 1996 was not the template of the whole scene . The composition is so varied there is no room for boredom, it is not lazy like some of the ilk are used to. Why was this ignored? And when I say ignored, I mean why was this not pushed onto me sooner?

Hal mentions in the liner notes the impact this release had on him, mate I am suffering the same emoticon now!